IF THERE’S ONE line, one quote, that will endure from Captain Marvel , it’ll likely be this one from Carol Danvers herself: “What happens when I’m finally set free?” It’s rhetorical. Danvers says this as she’s coming to realize the true awesomeness of her powers. For years, she’s had her past hidden from her, been gaslighted into believing she needed to rein in her powers to be a better warrior for the Kree. This was not true. She had been fighting “with one hand tied behind my back,” and when she realizes who she should really be fighting for, her might is unleashed. She is unstoppable.

Yes, by the end of Captain Marvel it becomes clear why its titular character is talked about as the most powerful superhero in the Marvel Cinematic Universe. (It also becomes very clear that Thanos is about to get is purple ■■■ handed to him in Avengers: Endgame .) Because of the source of her strength (I won’t spoil it), the half-human, half-Kree warrior can pretty much take on any villain, any weapon. Her discovery of that toughness is at the core of the movie, a female-specific origin story that challenges so many of those that came before it.

As Captain Marvel begins, Carol Danvers (Brie Larson) is fighting with a man. She’s on the planet Hala and sparring with Yon-Rogg (Jude Law), another Kree warrior who encourages her to restrain, to control, the force that can shoot from her hands. If it’s not channeled, she’s told, things could go bad. But when a rescue mission to extract a Kree operative from the Skrulls goes awry, Vers (as she’s known on Hala) lands in Los Angeles in 1995 and slowly realizes the Kree-Skrull war isn’t what she’d been told and that her strength is greater than she knew.

I say this is an unconventional origin story because, let’s be blunt: Dude Avengers acquire, or are born with, their powers and rarely are told to reel them in. They crank them to 11 and aren’t shy about it. Hank Pym told Scott Lang how to use the Ant-Man suit and Scott pretty much did with it what he wanted. Tony Stark doesn’t hesitate to build stronger Iron Man suits. Thor’s hammer was his birthright. Steve Rogers got jacked by science and was handed a shield. Out of any of them, maybe the Hulk is the only one who has to control himself, but the Big Guy is basically Bruce Banner’s other personality, not his own. Carol Danvers isn’t told to control herself because she has no agency over her Ms. Hyde. Like witches, and suffragettes, and Alexandria Ocasio-Cortez, Captain Marvel was told that her anger in a fight was too much, that it would get her in trouble. That wasn’t true, it was just that everyone was afraid of her might. (For more on this topic, please see Rebecca Traister’s Good and Mad .) Empowerment has not one but two definitions: to be given power by someone or something, and to realize one’s own potential, to empower oneself. Many heroes rely on the former. Captain Marvel embodies the latter.

Am I reading too much into this? Maybe, but I doubt it. Captain Marvel is the MCU’s first solo superhero movie with a female lead; the studio had to go big. It also had to provide an allegory for why women heroes had been held back for so long. The notion is slyly reinforced again and again. Danvers, in her life on Earth, was an Air Force pilot, who, along with her best friend Maria Rambeau (Lashana Lynch), was not allowed to fly combat missions because of her gender. (Coincidentally, the first female Air Force pilot to see combat—Martha McSally, now a US Senator—was deployed to Kuwait in 1995, after the ban was lifted in 1991.) There is also the matter of the soundtrack, which includes Elastica, TLC, Hole, Garbage, and a particularly tongue-in-cheek usage of No Doubt’s “Just a Girl.” The 1990s were nothing if not a time of riot grrrls and feminist rock and hip-hop, all of which got too often discounted and discredited. Maybe co-directors Anna Boden and Ryan Fleck just wanted to put some nostalgic jams in their movie, but there’s no denying the film has a spirit of revisionist history, a look at what the world could’ve been like if people took seriously the things Courtney Love was screaming in their faces.

Empowerment has two definitions: To be given power by someone or something, and to realize one’s own potential, to empower oneself. Many heroes rely on the former. Captain Marvel embodies the latter.

Yet, while the message of Captain Marvel is clear, whether or not it will be heard or embraced is another matter. There’s already been talk of review-bombing the movie’s Rotten Tomatoes page in an effort to tank the film before its release. (That effort was met with an overhaul to RT’s rulesmaking it impossible to leave comments before a movie’s release. It also seems to have not worked; the movie is still tracking to make at least $125 million in its opening weekend.) There have been trolls; there are people on YouTube and Reddit (and my Twitter mentions) calling Larson a bigot for making an effort to ensure the movie’s press tour wasn’t as “overwhelmingly white male” as previous ones. According to The Daily Beast, men’s rights activists and incels are losing “their damn minds.” Some people will like the film, others won’t. Some might find it too feminist; some may think it’s not feminist enough. Some may like or dislike it for reasons that have nothing to do with its meaning, direct or implied. The beauty of being a fan of anything is that you get to make up your own (damn) mind.

What I do know is this: Some might read this review, see that I wrote some nice things about Captain Marvel, and say that I wrote them because my byline sounds female. That’s fine; there probably are things I identify with because the movie has a woman’s perspective. Moviegoers of all genders have been asked to relate to stories about men for decades—and have enjoyed doing so. Putting one’s self in the shoes of a protagonist is the whole point of movies. It’s just that for a long time those heroes have often been male. Everyone is free to love or hate Captain Marvel in equal measure. But to say that only women will like Carol Danvers or that her movie is just about Marvel finally doing a female-fronted superhero flick is to tie one hand behind her back—and it’s time to set her free. 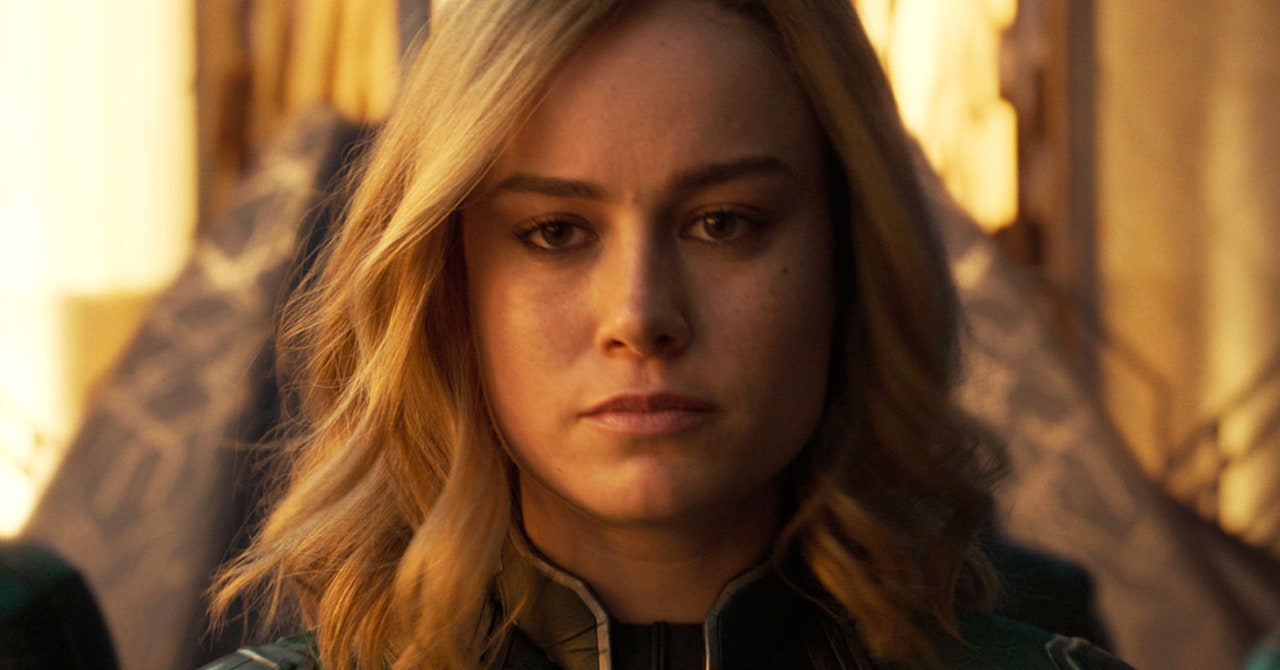 I dont know about this