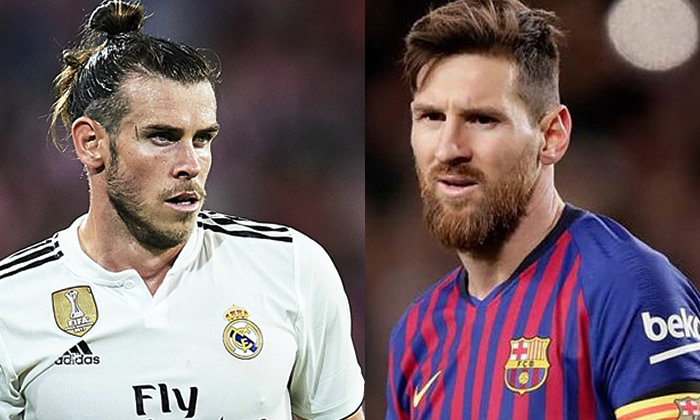 Lionel Messi and Gareth Bale were both left on the bench for the Copa del Rey semi-final between Barcelona and Real Madrid on Wednesday. Messi had felt pain in his thigh during Barca's draw agai...

Real Madrid hold a 1-0 lead over Barcelona at the break in the first leg of the semi-final clash in the Copa del Rey. The goal came in the early stages of the game when Vinicius’ cross was collected by Karim Benzema, who teed up Lucas Vazquez to score from close range. Madrid made the brighter start and were rewarded for their initiative. The Catalan club grew into the contest and came close to an equaliser when Ivan Rakitic saw his header hit the crossbar, while Keylor Navas did well to deny Luis Suarez. The visitors will be determined to hold on to their one-goal lead in the second period.

Arthur fouls Carvajal in the Madrid half and the referee takes the opportunity to end the half just as tempers begin to rise.

Vinicius has been a problem for Barca down the left throughout the first half. Semedo goes into the book for a poor challenge on the winger. 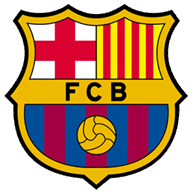 Rakitic dispossesses Marcelo with a fine sliding challenge. He combines with a neat one-two with Malcom, but the veteran midfielder scuffs his cross into the box allowing Llorente to clear the danger.

Vinicius’ pace causes the Barca defenders to backpeddle towards their own goal. The Brazilian skips past one challenge, but his low cross into the box is cut out by Rakitic.

Barca have an outlet down the right flank every time with Malcom, although on this occasion he sends a disappointing cross into the middle that Navas gathers with ease.

Semedo surges forward from the back and offloads into the path of Suarez. There’s space on the left for Barca to attack, but the Uruguayan sends a poor pass out to the flank that is cut out by Carvajal.

The resulting corner from the home side is cleared. It’s an end-to-end contest at Camp Nou, providing great entertainment.

SAVE! Navas makes a fine save to deny Suarez. Malcom causes havoc down the right flank for the home side. He sidesteps two challenges before teeing up his team-mate for a strike at goal. Suarez goes to place his effort into the bottom corner with his left foot, but the Madrid keeper gets across to palm it behind.

CLOSE! Vincius breaks on the counter and uses his speed to surge into space down the left flank. He fires a low ball across the face of goal that just evades Benzema on the stretch.

OFF THE BAR! Rakitic hits the bar for the home side. Malcom whips the ball in with pace and the midfielder rose to head at goal. He flicked the ball on and beat Navas, but saw his effort cannon off the bar.

Vinicius trips Malcom in the final third and hands Barca a free-kick in a dangerous position on the right flank.

Barcelona cut open the visitors down the right flank as Malcom releases the run of Semedo in the inside right channel. The Portuguese tries to force the ball across the face of goal, only to be denied by Varane, who steers it behind at the near post.

Barcelona are increasing the intensity of their play, but Los Blancos are holding firm at the back amid the pressure.

OVER! Malcom swings the resulting free-kick into the box and Pique puts Varane under pressure, forcing the Frenchman to head over his own bar.

Malcom buys a free-kick off Llorente as he goes down under pressure off the ball, although there didn’t seem to be a great deal of contact.

Rakitic attempts to release Alba behind the Madrid defence. However, Navas is alert to the danger and scampers off his line to smother the ball ahead of the full-back.

WIDE! Madrid work the ball in tight quarters between Kroos, Benzema and Vinicius. The German continues his run into the box as the winger fires a low ball into the middle, only to skew his attempt on the stretch wide of the post.

Malcom combines with Suarez before trying to turn away from Ramos, but the defender makes a well-timed challenge.

Barcelona are struggling to find their stride in possession. Without Messi they’re looking pedestrian in the final third.

OFFSIDE! Suarez releases the run of the forward through on goal, leaving him with only Navas to beat. However, the Brazilian scuffs his strike straight at the keeper. The Barcelona man will be relieved to see the offside flag raised, although the decision looked to be tight.

WIDE! Llorente latches on to the cleared Madrid corner and launches an ambitious strike on the volley. However, his effort swerves harmlessly away from the net.

BLOCK! A loose pass from Coutinho allows Benzema to break through the middle before he squares a pass to Vinicius. The Brazilian tries to bend his effort into the net, only to be denied the boot of Pique.

The visitors’ pace on the counter through Vinicius is causing Barca a host of problems down their right flank.

Madrid are edging the battles all over the park at the moment. Valverde will be slightly concerned by his side’s start to the contest.

BLOCK! A loose ball falls perfectly for Vinicius to run through the middle of the Barca defence. He has Kroos in acres of space in the left inside channel, but he opts to go alone before seeing his strike blocked by Pique.

Coutinho floats the ball forward into the box, but Ramos is well positioned to head the ball away from danger.

Malcom attempts to take the bal away from Modric with a neat turn, but gets felled by the Madrid midfelder. Barca have another free-kick.

Ramos wipes out Semedo on the flank and goes into the book, much to the fury of the home fans. 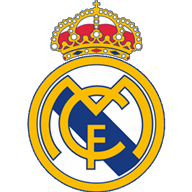 Alba rolls the ball into the path of Coutinho in the box, but his cutback is cleared ahead of Suarez by Llorente.

Malcom tries to steer the ball forward into the right inside channel fo Suarez, but the ball just skips off the surface and away from the Uruguayan.

Suarez goes on a charge through the middle of the Madrid defence into the box, only to see his effort blocked by Varane.

Benzema controls Vinicius’ cross before teeing up Vazquez to score.

GOALLLLLLLLLLLL!!! VAZQUEZ PUTS MADRID AHEAD!!! 1-0!!! The visitors take the lead in the tie as the Spaniard converts from close range. Vincius did well once again down the left with a probing run. He lifted a cross to the back post that was controlled by Benzema. He placed a low ball across the face of goal for Vazquez to stab home.

SAVE! Vinicius probes in the final third with a surging run at the Barca defence. He knocks the ball back to Kroos, who takes a touch before firing at goal. The German connects well with his strike, only to see his compatriot Ter Stegen beat it away.

Alba attempts to release the run of Coutinho down the left inside channel, but the Brazilian is caught offside.

Madrid are out the blocks quickly, put the Barca midfield under pressure. However, they are unable to force a way through to goal with Benzema.